Deborah Dooley, writer and journalist, runs writers retreats in North Devon and this week has written a guest blog on the dreaded writer’s block. 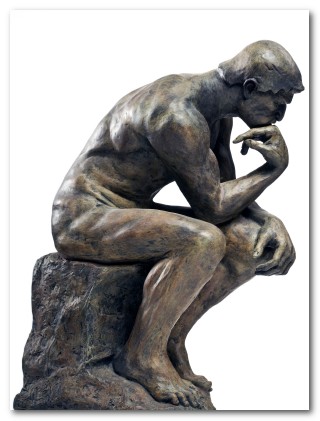 I read an article the other day about a woman who reacted in an interesting way to her husband’s announcement that he no longer loved her and was leaving the family home. She simply said no. She remained firm, and in the end he saw the error of his ways, apologised, and they resumed their life together.

Whether or not you agree with her approach, it clearly worked on some level, and it reminds me very much of my own take on what’s commonly known as writer’s block, defined by Wikipedia as ‘a condition in which an author loses the ability to produce new work’. Wiki goes on to observe that some blocked writers are unable to work for years on end. Hmmm. Well call me old fashioned – but doesn’t that make them an ex writer?

I’ve never had writer’s block. As a jobbing writer/journalist with a family to support, for me, it would have been nothing short of disastrous. And in the current economic climate there’s no change there. Work isn’t as plentiful as it once was, and I can’t afford to miss a job. So, in the same way that our rejected heroine simply refused to acknowledge her errant husband’s change of heart, so do I deny the existence of writers block – at least in my world. Don’t get me wrong, I’ve had times when, with a deadline looming, my brain turns to mush and the only words that spring to mind are either profane or those of one syllable. But faced with the choice of  a) sending the ed an email saying ‘sorry, blocked today (thereby ensuring another kind of block – on future employment) or b) mentally slapping myself, having another mug of coffee and bashing out the damn thing in time to attach the invoice along with it, I did what any writer worth the battery in her or his laptop would have done – I plumped for the latter. Every time. And while the more artistic among us may feel that this kind of writing to order sits oddly with the sort of creative writing so heavily reliant on the presence of the – often elusive – muse, it is, nevertheless, writing. And that has to be better than not writing.

Visitors to our writers retreat are rarely blocked. They want to make the most of their stay with us, so they write like there’s no tomorrow. But a couple of writers have had trouble getting started, and while I wouldn’t let them use the w and b words (bad for the psyche), I did acknowledge their problem. Happily, the remedy was simple. We sat down at the kitchen table, with tea and fat slices of home made banana bread, and laptops and notebooks. We ate and drank and talked, and gradually talking led to writing.

That was it. They were writing.

To any writer troubled with writer’s block, I’d advise them not to give it house room. Think of it as an indulgence that you can’t afford – in any sense of the word. Swear at it, stomp around a bit, drink coffee, drink wine, eat cake, talk to yourself – whatever you need to do to get things moving. But for no more than five minutes. Then sit down and write. Just write. Trust me, the rest will follow.”

Contact Deborah here for more details of her retreats.