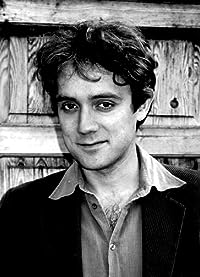 It is, in some ways, a horrible moment. A writer’s manuscript is a totemic object. Wafting from those few hundred pages, or from that digital file, is the heady aroma of dreams and hope and ambition – and sheer hour-upon-hour and month-upon-month of lonely graft.

And then to be standing on the brink: to be about to drop it into the postbox, or press send on the email, and transmit this precious thing, this part of your imaginative and therefore best self, to an agent or publisher who will look at it gimlet-eyed and calculating in the cold light of day and professional judgement and tell you without remorse or compunction whether it is the masterpiece you secretly hope and believe it to be, or instead a lifeless thing, derivative, weak, uninteresting… well. A lot hangs on that moment, put it that way.

It took me a fair old while to get to that point. I painstakingly wrote a very long novel (I think 150,000 words at least, if not longer). I came to the difficult realisation that it was, as one reader kindly commented, a ‘kooky old bird’ of a book, and that before I could learn how to make it take flight, I probably needed to write another one.

So I started again. It was still slow work, but it was also exciting. I had a great idea, I knew the characters, and clinging to those two facts (following, essentially, one of the only two writing tips that has ever made much sense to me – Rule 1 of 2: ‘all writing is structure and all structure is character’) I fought my way to about 60,000 words.

There was only one small problem. I gradually realised I was writing the wrong story. My central character Holly was 42, and haunted by an experience she had when she was 14. That experience, that flashback, that haunting – that actually needed to be the whole novel. Holly was my heroine all right. She was just a lot younger than I’d thought.

So, boggling only a little at the task/months in front of me, I started one more time (following Rule 2 of 2: ‘all writing is rewriting’). Luckily I really knew Holly by now, and I really knew the world she lived in. I wrote fast, and with pleasure, because I was no longer kicking against how the story should work. It still surprised me, as it took shape, but it was always true to itself, which is all I could really ask for.

At the end of those months I had reached the ending of the book (which I had written first), and I had the manuscript of Central Reservation: a story about a girl trying to escape the ghost of her dead twin sister, set during the foot-and-mouth epidemic in 2001.

This left me facing the dread moment: submission. Self-promotion. (Anyone who doesn’t hate treating themselves as a marketing commodity has no sense of irony, nuance or humanity. Fact.) I had had enough contact with agents and publishers in the past, with the kooky old bird of a book, to know that you need perseverance, energy, a fixed grin and the skin of a rhino to have any chance of success.

This was also the point at which I had a great stroke of luck. I followed Rule 3 of, erm, 2 (that’s the trouble with making up writing rules as you go along): ‘share your work with people who’ll be honest and listen to what they say’. By dint of following this rule, the book ended up in the hands of John Were, the founder of a very lovely company (and now my publisher) Xelsion.

John was thinking that the tumult in the world of publishing meant there was room for a new way of doing things. He was also thinking he liked the manuscript, had lots of brilliant and sensitive ideas about how to improve it, and wanted to publish it.

I don’t imagine, however long I write, that the pleasure of finding a reader who embraces a story and illuminates it with their response will ever go away. Throw in the fact that said reader is in the process of creating a new press, and you have the ingredients of a Very Good Day.

Still, I was left with a choice. Back in the kooky old bird days I had for a time been represented by a Big Agent and had near-misses with Big Publishers. Xelsion was a company with big ideas, but not yet a big company. That meant it didn’t have the distribution channels fully open yet; it didn’t have clout and recognition yet; and it didn’t have armies of in-house typesetters and designers yet.

On the other hand, Xelsion had things that I reckoned I’d be lucky to find anywhere. It had a lovely central idea, which was that the process of publishing should be as collaborative as possible. This meant collaboration between author and publishing team in a way I think is rare: I could be involved in everything from cover design to jacket copy. But it also meant collaboration with readers. Xelsion had dozens of plans, from serialisation to creating a network of interested supporters to advise on proof copies.

Most importantly, Xelsion had brilliant staff for whom this book really mattered, and that was what made the decision easy. I signed and over the last few months we’ve had a wild and exhilarating time learning how to bring a book to market. And at the end of it all, we have a beautifully designed printed book, and an award-winning ebook, both of which are starting to find readers.

Xelsion are by no means alone. There seem to be a lot of small presses now, and a lot of small imprints working as part of big publishers – and both as a writer and a reader this feels to me like a very good thing. As a writer, working with passionate people on a small list of books offers the chance to be part of an amazing team. Given how solitary the writing life can be, that is a wonderful feeling to have.

And as a reader, coming across people who are producing fascinating books in all formats – finding groups of writers and styles of fiction that appeal, rather than facing the anonymity of supermarket shelves or Amazon listings with no idea how even to begin – that is a pretty good feeling, too.

As publishing continues to change, I think this movement is only going to expand. I do often read about dangers in the publishing world, and all change is risky – but surely that means there are opportunities too. And as ebooks grow alongside the printed word (a development I’ll applaud as long as printed books are never called pbooks – that may indeed be the end of civilisation as we know it), as a new readership emerges, and as new avenues for interesting and original writers open up – then I think and hope there can be a lot of winners in the new landscape, with writers and most of all readers chief among them.

Will le Fleming’s debut novel, “Central Reservation” is out now, and available to order from Amazon.

To find out more about Xelsion Publishing, please visit our website.