Joanna Swainson, literary agent at newly formed, Hardman and Swainson agency, will be speaking at our LWC event on Tuesday, 25th September. We caught up with her today to ask her some quickfire questions: 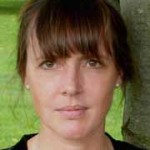 1/Please give us a brief biog.

After leaving university, I worked as a runner in a film production company and did a short stint at the BBC. A few years later I started a small business with my sister providing marketing, writing services and copy editing. My love of books and interest in writing led me to freelance for a number of literary agents, including Darley Anderson and Christopher Little, reading submissions and doing editorial work. Seeing the need for authors to have access to good editorial feedback in order to develop their work, I became involved in creating The Word Association, a literary consultancy. I worked with Caroline Hardman at Christopher Little which eventually led to us setting up our own agency.

2/And tell us a little about your new agency.

We set up three months ago with a list of 20 authors writing across all the genres, including women’s commercial fiction, crime and thriller, literary fiction, YA and non-fiction. We’ve already done several deals and have some exciting projects in the pipeline. And of course we are open to submissions and actively seeking new and established writers.

3/What are you working on at the moment?

I’m currently working on a World War 1 project (non-fiction), a dark literary thriller, a couple of YA projects and of course we’re gearing up for the Frankfurt Bookfair in October

4/Which book would you have liked to have represented?

I was going to say Wally Lamb’s She’s Come Undone – Dolores Price being one of the most extraordinary fictional characters I’ve ever come across. However, Lamb said it took him about nine years to write and then another nine or so to write his next. So if I was his agent, I might find it a little frustrating. In which case, I’d love to have represented Rebecca.

4/What excites you in a submission package?

A submission which is clear and confident in its aims. A writer who knows who they’re writing for. When it comes to reading the material, obviously great characters in a great story.

5/What top tip would you give to an unpublished writer?

Take writing seriously and take your time to learn the craft and get it right. It’s not a race – have patience, persistence and don’t rush into submitting.

6/What three writers would you invite round for tea and cakes?

If I can include dead authors, I’d have Hemmingway, but he might want something stronger than tea and cakes. I’d love to have a scone and jam with Agatha Christie, Hilary Mantel, and Peter Ackroyd. 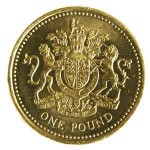 If you’d like to come to this event, join the club for a pound, and come for free.