We are launching a short story competition later this month, together with the loungewear company, Hush and the digital short story publisher, Shortfire Press.

One of our judges, writer Alison MacLeod, wrote about short stories for LWC: 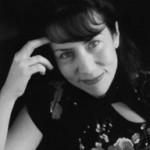 ‘The universe is made of stories, not atoms.’ I like these words. They belong to the American poet Muriel Rukeyser (1913-1980) but all writers – poets, short story writers, novelists – instinctively know the power of the small but singular story. It’s easy to overlook it, to not bother to see, and by that I mean to see as a writer, but as Flaubert said, ‘Even the smallest thing has in it something which is unknown.’ As writers, each of us is trying to see into the unknown, to bring something of it into our readers’ range of vision; to surprise ourselves with its discovery. We’re trying to release from those smallest things their beautiful blasts of light.

Full details about the competition to be released shortly.