Skip to content
Author, Clementine Beauvais, has very kindly written the following post with some brilliant advice for writers. 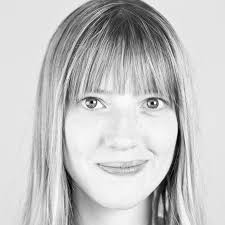 Top tips for writing for children:
1) Don’t think small
Children love all things big, and not just dinosaurs. They can cope with complicated words they’ve never seen before: that’s what they’ve been doing non-stop since they were born. They can cope with difficult, dark, touchy topics: they’re always asking their parents about them. They can cope with humour: they often wish adults had more of it. Don’t give them small, cosy, mundane stories.
2) Read children’s books
If you haven’t opened a children’s book since you were a child, your text will be so awful that all the other manuscripts in the slushpile will bully it without mercy until it throws itself into the recycling bin. Aspiring children’s authors who don’t read children’s books spend their time reinventing the wheel, and badly. Have a look at the great books that are being published and take the time to appreciate and understand this beautiful, complex, innovative literature.
3) Don’t follow the Zeitgeist
It’s tempting to write about steampunk unicorns in submarines if that’s what everyone seems to be doing. But while you’re busy outlining your underwater unicorn trilogy ‘with a twist’, publishers have already moved on to the next big thing (prehistoric dystopia with aliens). And even if you manage to sell your masterpiece, it will just be consumed and thrown away by frustrated, gluttonous fans of another author’s stories.
4) Hybridise
Children’s literature has a number of set genres – from animal tales to teenage diaries through to ballerina stories. But sticking to one genre doesn’t really work anymore. The most successful books are hybrid books – the ones which mix the recipes together. No need to force yourself to narrate a football championship in space in a werewolf school, but young readers love the feeling of alienation and recognition that they get with hybrid books.
5) Don’t write it in the corner of a napkin over your lunch break
J.K. Rowling took 15 years to write Harry Potter. Respect children, children’s literature and other children’s authors: there’s nothing more insulting to all of these than people who think it’s easy. Don’t be that person who ‘downgraded’ to children’s literature because their adult novels didn’t find a publisher. Spend time researching your topic – children will check the facts. Spend time reading criticism of children’s literature. Spend time planning, writing and editing. Spend time talking to children, and listening.
Clementine Beauvais writes for both the UK and French market. Her books written in English include the Sesame Seade series (Hodder) and the Royal Babysitters series (Bloomsbury) and her bestselling French book, The Three Piglettes, published by Pushkin Press in 2017. She is an award-winning author in France and In Paris with You (French title Songe a la Douceur) published by Faber & Faber in the UK, has been in the bestseller charts since it was published in France, selling 30,000 copies in the first three months. Clementine lives and works in York, UK.