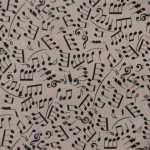 YA Author, Marcus Sedgwick, has written over ten books, his next book, White Crow will be published by Orion in July. Here he tells LWC how music helps his writing:

When do you work best, morning or afternoon? (if it’s the middle of the night, you have my sympathies) Do you have to be in a special place; writer’s shed/loft conversion/kitchen table…? (if it’s The Wolseley, your bank manager has my sympathies) And perhaps most important of all; do you need silence to write?

Personally, I can’t write in silence – I need music playing, but not just any music. It has to be music I know well or at least well enough so I’m not distracted by it constantly. Generally, it needs to be instrumental, or else those words on the page will be interrupted by the words in the song. However, the most important thing I do is to choose music with the same atmosphere that I’m trying to create on the page. Maybe I’m kidding myself, maybe it’s my imagination, but I find it really helps to choose music that puts you in the same mood you’re seeking in prose. I could give you the soundtrack for each of my novels: Transylvanian Jewish Gypsy Music for My Swordhand is Singing, for example, or for my most recent novel, Revolver, two soundtracks by Nick Cave; particularly the one for his self-penned movie, The Proposition. What I heard was brutal, tense, nerve-shredding stuff and that’s what I hope ended up in print in my book.

But music plays another role for me – in the creation of ideas in the first place. Years ago, I used to do a lot of driving for work. I listened to Radio 3. I had ideas when I drove, I wrote them down (when I got home, of course, officer) After a few years I started listening to Radio 4 instead. Big mistake. Eighteen months later, I realised that the ideas had stopped coming. Figuring out what had happened, I switched back to Radio 3 – the ideas came again, and I’m glad I made the connection, or I might not be writing now…”.